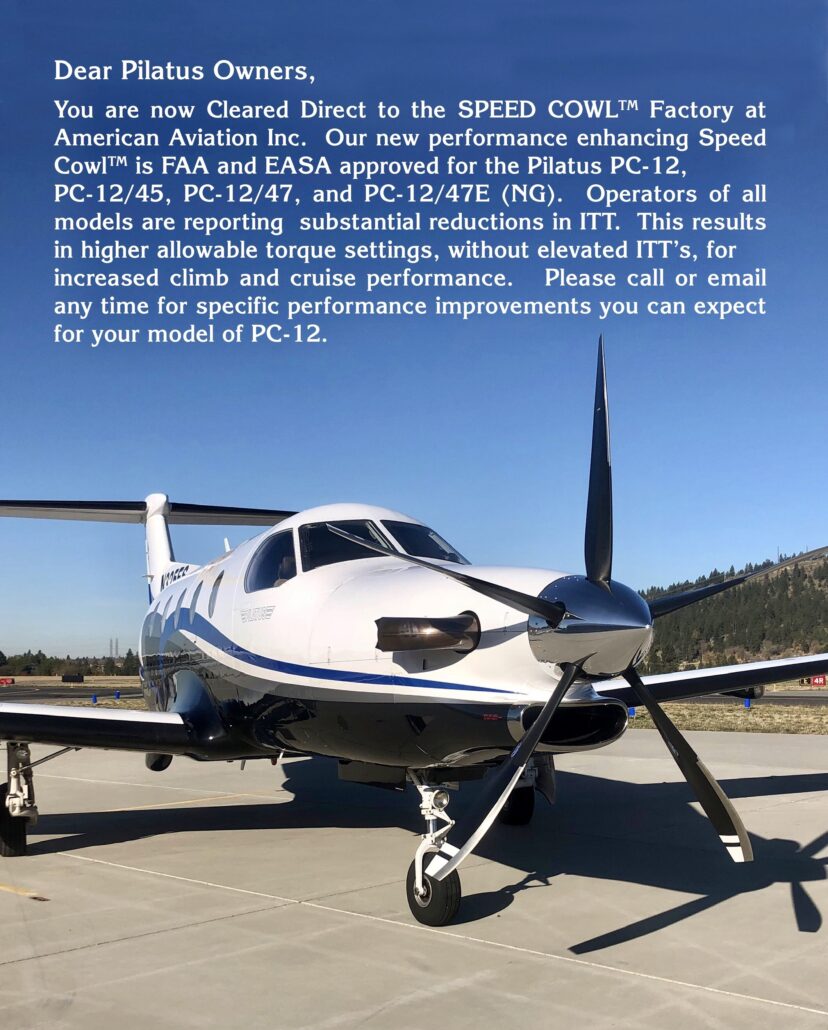 Since its introduction in 1989, the Pilatus PC-12 has become the best-selling single engine turboprop. It has a reputation for reliability, operational flexibility, and performance. Pilatus continued to improve on its original design by increasing the useful load, engine performance, and even adding an integrated avionics package.

After analyzing the PC-12’s stock cowling, the engineers at American Aviation, Inc. identified areas that could be improved—specifically the ram air inlet and internal ducting. This analysis led to the design and manufacture of Speed Cowl™.The cutting-edge design combines a cowl inlet which maximizes the recovery of high-velocity ram air and internal ducting that is aerodynamic minimizing air separation and flow losses of the high-velocity air to the engine’s plenum. This results in higher available torque at the same ITT settings, which significantly improves the performance of the Pratt & Whitney PT6A-67 turbine engine.

Speed Cowl™has been flight tested in multiple flight configurations—climb, cruise at various altitudes, descent, with the inertial separator door open and closed—all at varied torque and ITT settings. During flight tests, the cruise true airspeed was shown to increase significantly in the flight levels. Also, time to climb above FL180 was noticeably reduced due to the available torque increase. Performance improvements will depend on altitude, outside air temperature, and ITT settings. 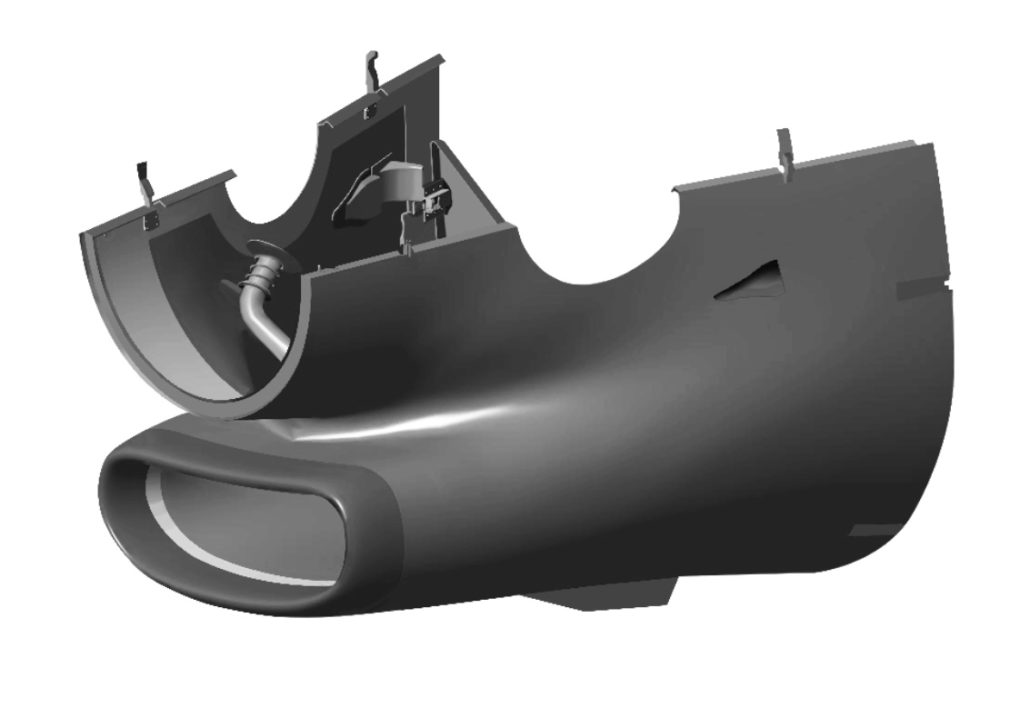 Here is the comparison:

The improved ram air recovery produced by this new design dramatically increases aircraft performance. During climb, maximum torque (PSI) can be maintained longer. Transitional altitude, (the altitude where the PSI begins to drop off when maximum ITT is reached), is increased, allowing additional torque to be available throughout the remaining climb—resulting in reduced time to reach cruise altitude. At cruise altitude FL180 and above, a higher PSI can be maintained at normal ITT settings increasing the airspeed. Performance is also notably increased during flight into icing conditions with the inertial separator door open.

Internal Aerodynamic Design is a key factor in achieving optimal engine performance. The aerodynamic efficiency of the cowl inlet and ducting are measured on how well dynamic air pressure, created by the aircraft’s velocity through the air, is captured at the cowl inlet and converted into static pressure around the engine’s plenum. This static pressure is generally expressed as a percentage of what is known as ram air recovery. For instance, 100% ram air recovery would indicate that 100% of the dynamic air pressure is captured by cowl inlet and 100% of that is converted to static pressure at the engine’s plenum. The higher the ram recovery percentage, the better the engine will perform.

At a given interstage turbine temperature (ITT), there is a finite amount of energy that can be produced by a turboprop engine. This energy is shared by the two power absorbing sections of the engine—the compressor section, which compresses air for combustion, and the power section, which turns the propeller. By increasing the ram air recovery to the engine’s plenum, less energy is used by the compressor section leaving more energy to drive the propeller. 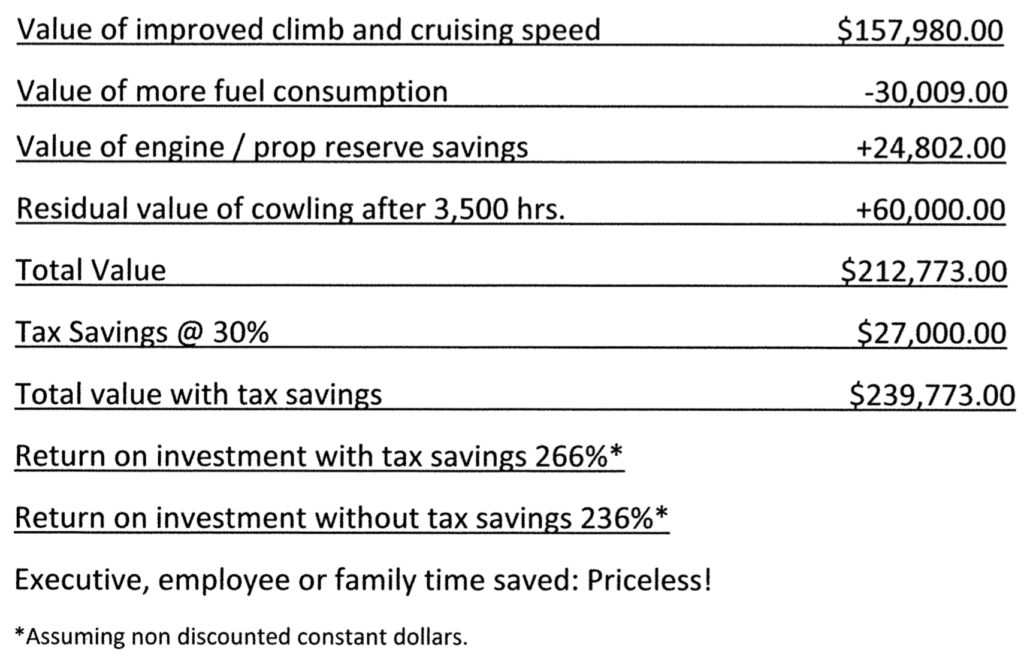